Reviving a tradition from British public schools, all high school students are placed into one of four houses.  The houses act as a place of camaraderie and support.

Promotes both unity and diversity.

Having high school grade levels in each house helps to set a tone for what it means to be a student at HCCS. This creates a unified High School community where each student matters.

Students meet formally and informally in their houses throughout the school year.

Field day is filled with spirited competitions and games.

Academic decathlon is an opportunity for students to showcase their talents, abilities, general knowledge, and problem-solving skills.

Named after Amy Carmichael (1867-1951) who was a missionary to India for 55 years.  She took in and cared for thousands of orphans and led them to Jesus.

“One can give without loving, but one cannot love without giving.” Amy Carmichael

Named after William Wilberforce (1780-1825) who was a British politician, philanthropist, and abolitionist.  He was known for heading a campaign in parliament to end the British slave trade for 20 years.  He was a champion of religion, morality, education, and freedom.

“It makes no sense to take the name of Christian and not cling to Christ.  Jesus is not some magic charm to wear like a piece of jewelry we think will give us good luck.  He is the Lord.  His name is to be written on our hearts…” William Wilberforce

“My purpose alone must be God’s purpose.” George Washington Carver

Named after C.S. Lewis who was an author, professor, and Christian apologist.  He authored over 30 books including The Chronicles of Narnia.

“I believe in Christianity as I believe that the sun has risen: not only because I see it, but because by it I see everything else.” 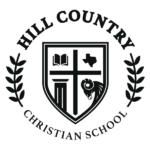